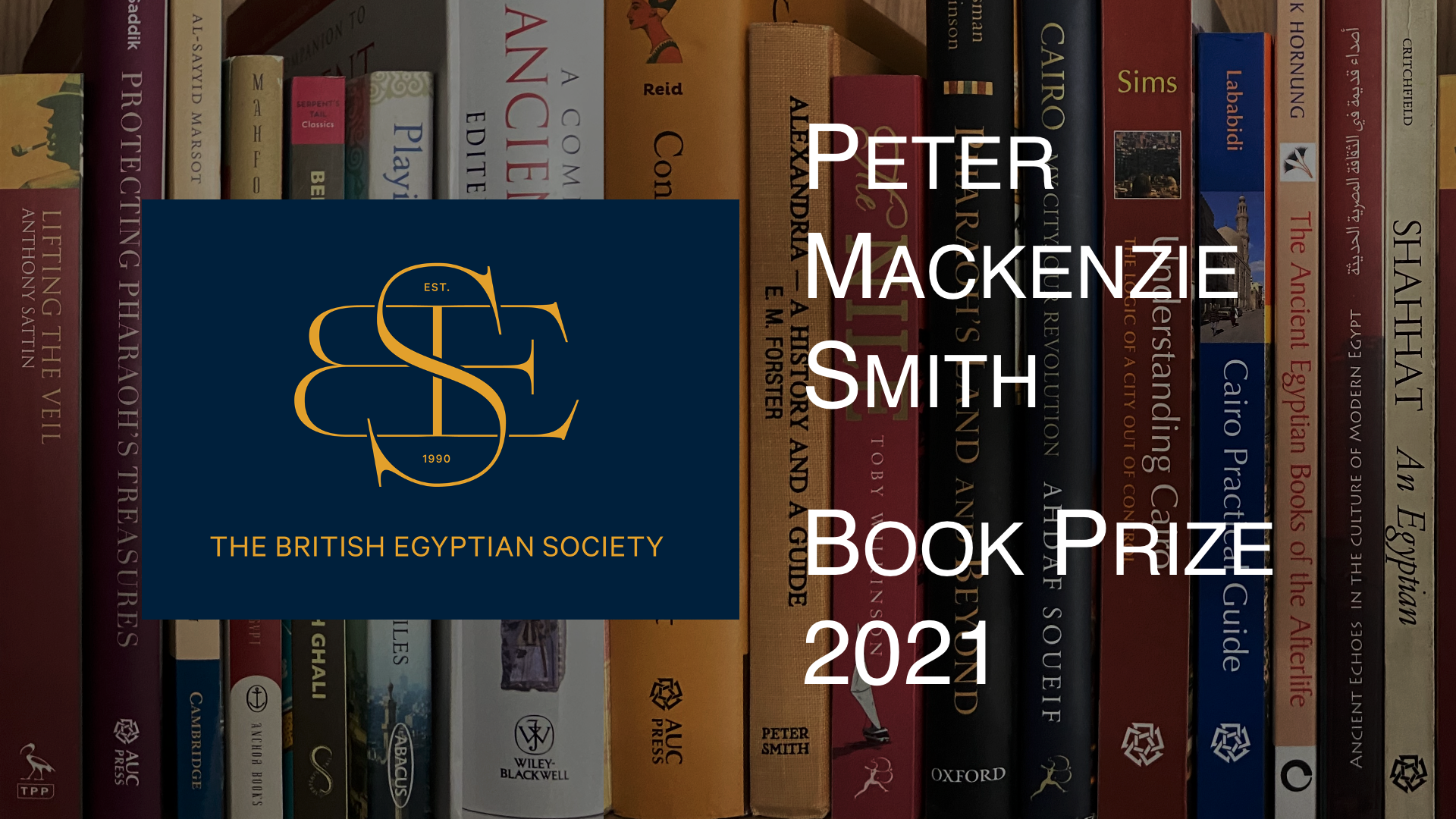 The British Egyptian Society will award, every two years, a prize of £5,000 for the book that best improves understanding of the history, economy, culture, arts, music, literature, religions, beliefs and practices of Egypt. The Prize is named after Peter Mackenzie Smith who, for many years worked for the British Council in Egypt and many other countries. He was a Board member of the British Egyptian Society for 17 years and sadly passed away suddenly in 2020. His forte was research, and he was invaluable in the planning of the BES conferences in 2006, 2012 and 2019. The Society’s Vice Chairman, on the last day of the 2019 conference, announced that we would hold a Book Prize, and following Mr Mackenzie Smith’s untimely death it was unanimously agreed that the prize should be named after him. Mr Mackenzie Smith is missed very much by all who knew him and it is is to be hoped that the Prize will be a fitting tribute to his immense contribution to the Society’s work.

Particular consideration will be given to books attracting a wide readership in the English speaking world. Books must be published in their first edition in the UK. Translated books published for the first time in English in the UK will also be eligible. Edited collections will not be considered.

In awarding the Prize, the judges will assess how well the book enhances the understanding of Egypt to a wider audience but will consider the book’s originality, clarity and accessibility and its importance to the field for which it is written.

The 2021 Prize is generously sponsored by the Society’s Patron and Founder Member, Dr Ahmed El Mokadem.

Titles for consideration by the judges must have been published for the first time in 2019 or 2020 (year of imprint). In the first instance, publishers are invited to nominate up to three books for consideration no later than 30 April 2021, using the form below. The judging panel will then consider the initial nominations in order to create a longlist. Publishers will then be invited to submit copies of the longlisted titles (either six printed copies, or one hard copy and one in electronic form).

The judges will produce a shortlist in September 2021, at which point any publishers initially submitting one print and one electronic copy will be invited to provide a further five printed copies. The announcement of the winning book will be made at a prize ceremony in December 2021. The judges’ decision will be final.

Publishers should submit their nomination(s) using the form below. Enquiries should be sent to the Secretary via the ‘Contact Us’ form at the bottom of this page.

BES members are encouraged to suggest books for nomination via the ‘Contact Us’ form at the bottom of this page. Suggestions will be forwarded to publishers by the Secretary.

Noel Rands, Secretary of the British Egyptian Society will act as administrator for the Prize. Further information about the judges is available here.