THE EGYPTIAN REVOLUTION OF 1919: THE BIRTH OF THE MODERN NATION 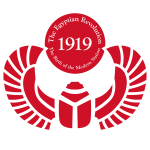 THE EGYPTIAN REVOLUTION OF 1919: THE BIRTH OF THE MODERN NATION

A conference presented by the British Egyptian Society, the Council for British Research in the Levant, and the London Middle East Institute SOAS University of London

The Egyptian independence movement in 1919 led to the recognition of Egyptian sovereignty in 1922, an Egyptian constitution in 1923, and Saad Zaghloul’s appointment as the first prime minister of a government elected by suffrage in 1924. To mark the centenary of the revolution, the British Egyptian Society (BES), the Council for British Research in the Levant (CBRL) and the London Middle East Institute (LMEI) at SOAS University of London are holding a conference on 27-28 March 2019.

The conference will include presentations by Egyptian and international historians and commentators on the causes and events of the revolution and on themes which may include:

The Conference will be organised in eight main sessions. These will have a mixture of moderated panel sessions and presentation sessions with two speakers with 20-minute presentations and 30 minutes for discussion.

There will also be sessions with keynote speakers, as well as a public lecture.

The conference aims at those with an interest in the post Ottoman period in the region, British Egyptian relations, modern Egyptian history, and developments in Egypt over the last hundred years, including historians, students, politicians and government, diplomacy and the general public. It will seek to throw new light on the events of 1919 and their impact on Egypt, Sudan, Britain, and the wider world.

The conference sessions will involve presentations by those selected by the conference organisers for their past and potential contributions to the history and interpretation of the period during and following 1919.

The conference will be held at the Brunei Gallery as SOAS University of London on 27th and 28th March 2019. Its proceedings will be published in a book form and there will be podcasts of the presentations.