Reflections from the Patio, under house arrest.

I stepped out of the building and the humidity wrapped itself around me like a warm blanket. It was May and I was meeting a friend for dinner in a little restaurant off Brazil Street and walked there from my boutique hotel in Zamalek.  I lived in the 80’s in Nessim Street, at the top end of the island. in an apartment now owned by one of Cairo’s biggest millionaires. I wonder how different it looks inside now that is owned by a member of the Sawiris family? The first Midland Bank occupant had been our Representative, Michael Ashmore. He was married to the fearsome Madelaine who was a Palestinian who seemed to be the Queen of Beirut, or it was said she behaved like one. She had chosen the excellent glassware, Cutlery and crockery yet never spent a night there. Michael was a character but, like an expensive high powered car, needed careful handling. Come to that, so did Madelaine.

The pavements are still so uneven. On a previous visit, the wife of a colleague tripped and dished in her knee so it’s safer to walk in the road. I strolled along Ismail Mohamed, turned right into Shagrat El Dor and walked along a side road which continues to Brazil Street. Things scurried under cars. I thought at first that they were rats then realised that they were the skinny cats that seem to infest Cairo; maybe they compete with the rats or maybe they’ve seen them off. I was early at the restaurant called “Aubergine” which has an incredible mural on the wall in shades of brown. Every inch is covered and it must have taken an age to complete. The restaurant was full of girls in their early 20’s, tossing thick black hair as they laughed and chatted and puffing hard on cigarettes. My friend arrived and the food was excellent.

Around the corner from the Longchamps Hotel is the “Coffee Bean and Tea Leaf”, just by the statue of Om Khalsum, which serves the best  vanilla cappuccino I have every tasted and, like the Aubergine, attracts a young and glamorous crowd (and me!). On my 1st night in the hotel I had tried to find the Three Crowns Restaurant and missed it. I ended up at the coffee shop, asked a waiter for directions and he shook his head. A young couple said “We are just leaving. We will show you the way”. So kind. In fact I had walked past it and don’t know how I had missed it.

This Cairo is so different from the one I knew in the early 80’s. In 2012  I spent a lot of time at Cairo University for our Education Conference where by far the majority of the girls had their hair covered. When I lived there for Midland Bank, covered hair was for the minority. The only plus side was that the girls with uncovered hair outnumbered the ones with their faces covered completely, a sight totally unknown in Cairo in the 1980’s.

Fort two years I shared a weekend flat in Agami. The 1st year with 3 couples and at the end of the year I was the only one not to become a father. Must have been something in the water but I was immune! The second year it was with one English business friend. On a Thursday night I would give myself permission to leave early, buy croissants from a bakers in Dokki and then down to the pyramids and right onto the desert road. Friends lent me cassettes of BBC plays and so it was past the police post and shove in the tape. “Saturday Night Theatre. We present Carlton Hobbs, Grizelda Harvey, Felix Fulton and Gladys Young  in……………” Such a good cast. When I was acting in the Indian film, Lagaan, in 2001 playing the part of a 1890’s cricket umpire, I mentioned this to one of the British actors who had done a lot of radio drama. “Carlton Hobbs, Hobbo” he said “I did such a lot of work with him and if he were alive now he wouldn’t be employed. They don’t use his accent any more. “ So much for BBC drama today.

The road to Alex was deserted. There was nothing between the Police post and the outskirts of Alex, apart from the “Halfway house” a restaurant roughly halfway. I visited it the 1st time in about 1966 when I was working for the Bank on the Queen Mary. She was moored in Alex and we were not allowed to open the bank in foreign territorial waters so we took part in a coach trip to Cairo. I remember visiting the old Mena House hotel, which did look like a relic of the Raj, and when the two coaches pulled up at the Halfway House I was staggered at the speed at which we were served. I think it was something like scrambled eggs but it was served extremely efficiently. I was able to say later “I’ve had better service than this in the middle of the Sahara Desert”. OK, technically it’s the Western Desert but what is a few hundred miles between friends!

Agami was an Oasis. In Cairo then there wasn’t the choice of food you have there now. When the Tonsi Supermarket opened near the Gezira Club we thought we were in heaven! There was a shop near our flat that has stuff that must have “fallen off the back of a ship”. “Greek peaches! Wow” So I would stock up. There was quite a good restaurant there called “Michel’s” whose owner claimed to be Belgian. “Rubbish, Noel. He’s Armenian” but I didn’t care; I liked the food. At that time I was quite friendly with and had played Bridge with Fikry Makhram Ebed, who was the Coptic Deputy Prime Minister. He invited me to his house in Agami for drinks. Going through the gates I was stunned at the immaculate lawn. He was such a lovely man.

The British Community Association, of which I was Chairman, held a weekly Duplicate Bridge evening and my partner became the fearsome Zita Barsoum, who was Syrian and the Egyptian Ladies Bridge Champion. When my mother was staying with me I took her as my partner and she loved it. One hand we played was against Zita and her then partner, Tim Curtin, who was the UN Representative in Cairo. When he left for Lagos, Zita chose me and I was amazed. She said “I haven’t forgotten that hand you played with your mother”. I phoned my mother and she said “Well, I knew she hadn’t got any hearts” and was  staggered that she could remember after many months. She used to hold regular Bridge classes and I was told that at one of them she had mentioned a hand I had played the previous. “Noel threw away the Ace, King, Queen and Jack of Spades from the table. It was the only way he could have made the contact!” I felt quite pleased. She lived in an apartment next to the British Embassy and some years ago she was discovered dead there. I felt more than sad when I heard.

Now it is completely different. There has been massive building on the desert road with cafes, Stud farms, vineyards and others all along the way; plus a mosque near the Halfway House. (There is a Copic Monastery behind it where, I think, Sadat kept Pope Shenouda lll under house arrest) I haven’t been back to Agami but Alex has a dual carriageway along the sea front and there is a wonderful Greek seafood restaurant near the fort. I used to meet the Vice Chairman of Bank of Alexandria, Moustafa Nour El Din and he insisted I arrive at his office at 11.30. At Noon it was out of the side entrance of the bank and into the Coq D’Or, the oldest pub in Alex. Two large glasses of scotch would arrive (“Mr Rands. My God made two wonderful things. Women and Scotch Whisky!”) The barman said to me “Monty came in here. He sat on that seat. He had half of bitter!” How could I not sit on the seat where Field Marshall Viscount Montgomery of Alamein had parked his backside.

One other experience, which I did more than once, was driving to the Cemetery at El Alamein. It is wonderful, so peaceful and incredibly moving.

So, more rubbish but I hope it has stirred a few  memories. Egypt has a history going back thousands of years and yet even today, when so much has changed, it still gives idiots like me a lump in the throat thinking of recent experiences. When can I go back! 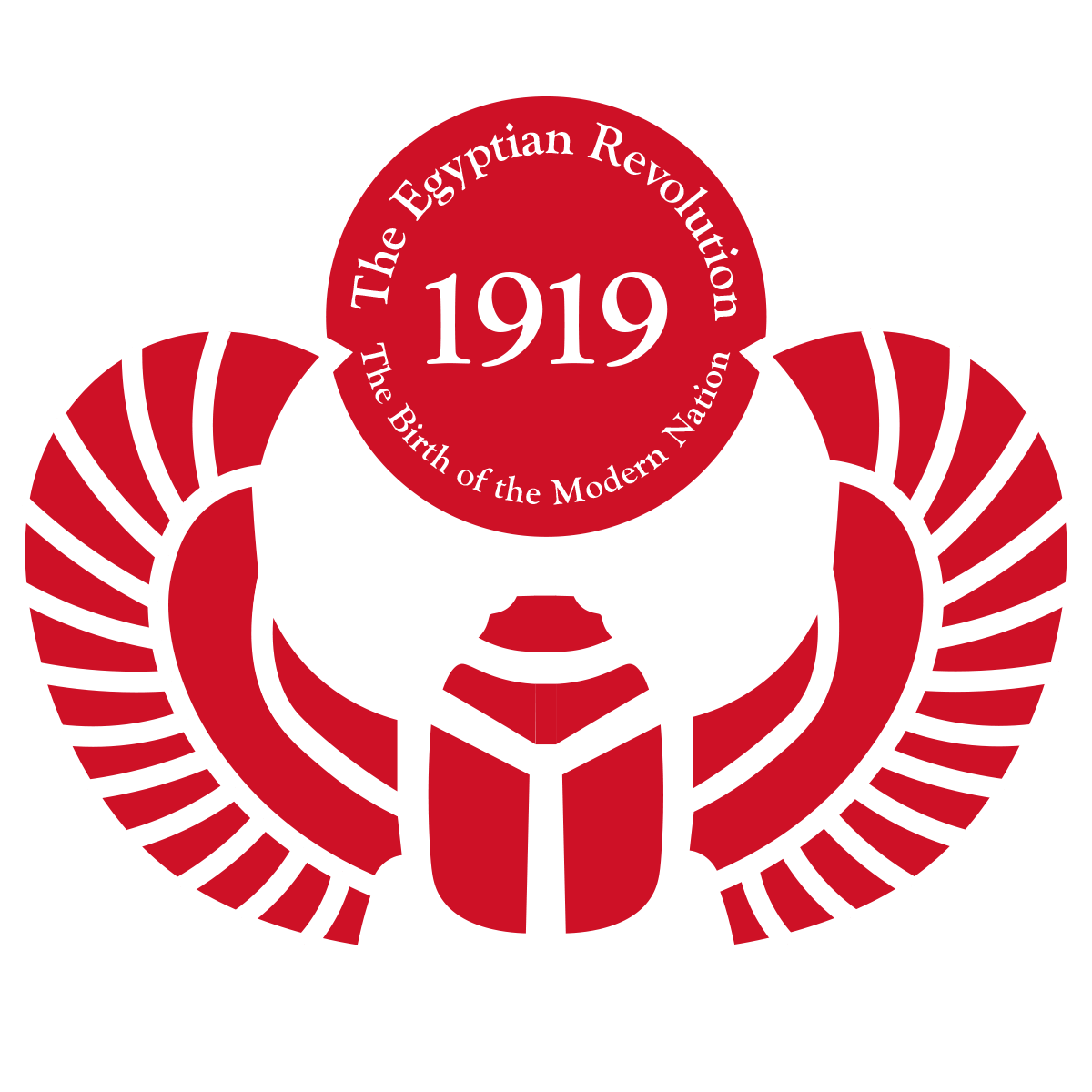